Shaking It Off, the Art of the Critique, and Crying 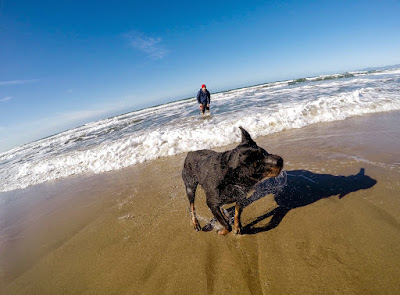 
Years ago, I was in a writing workshop where everyone pretended to be interested in constructive criticism, but in reality they--we--were so competitive, that the art of the critique was for the most part lost or dying. Everyone got into the habit of writing down the name of the commenter when it came time for their piece to be discussed, so they could attribute any negative impressions to that person's hangups or predispositions, thereby invalidating anything they didn't want to hear. Brian always talks about cliches....Amy always says the story begins at the end...John says the dialogue is stilted....that kind of thing.

One night when it was my work under discussion, I took notes on what everyone said, calmly nodding my head in understanding at the fairly harsh statements being exchanged, when deep down I was cringing. "They're wrong," I thought to myself. "They just don't get it." I came home and actually cried, drowning my sorrows in the cliche tub of chocolate ice cream, only to find out a week or so later that my story had been accepted in a national magazine. I told the teacher, but asked her not to say anything to the class. I wanted to enjoy my moment of literary glory.

At one point in my communications career, I had to write a performance review of my secretary. Her work was good, but she had a strange habit of disappearing every few days. She never called in, but would appear out of nowhere like nothing had happened. During the review, I had to point this out, and she started to cry. It turns out, there was a situation involving a family member. Once she told me, I calmed her down, and we set up a plan where she would communicate more regularly the next time the problem came up. Eventually, it was resolved.

When I was little, I went on a hike at camp in a poor fitting pair of shoes, and ended up with painful sores on my feet that took weeks to heel. I cried, not only out of pain, but for being critiqued afterwards for doing a stupid thing. Of course, I didn't realize at the time the shoes were bad, or I wouldn't have worn them. Actually, looking back on it, I'm rather proud of myself for sticking it out--who knows what would have happened if I'd walked in bare feet for hours?

On the receiving end:
-listen to everything being said, and take it all in before speaking or reacting
-don't feel pressured to agree, but do what's needed to fix the situation if it's dire
-keep everything in perspective--things really do seem better the next day
-it's alright to cry...even if you have to find a place to do it
-take it seriously, but shake it off so you can move on

On the giving end:
-be balanced in your critique
-offer specific examples of what works and what doesn't
-no one is perfect, so keep perfection out of it
-model the behavior or outcome you're wanting others to achieve
-don't major in minor things--focus in the most important issues

There's a great scene in the recent film Wild, where Reese Witherspoon picks up a new pair of hiking boots she'd ordered to replace her ill-fitting old ones, which have left her feet swollen and bleeding. You could say she was flawed for making the mistake in the first place. Or you could say she was a hero for getting right back on track in her new boots, almost like it was nothing at all.