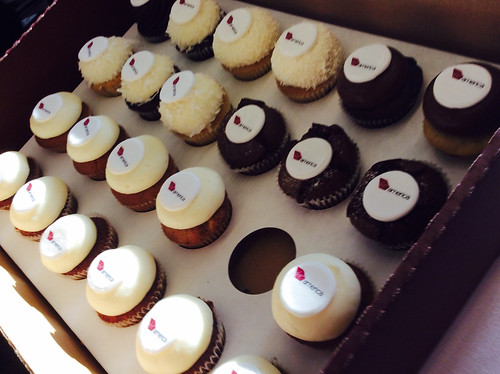 In June, I flew Virgin America to New York. What was apparently billed as a "special" flight, ended up being a marketing ploy to get passengers to buy into Virgin's new credit card. Except for the cute and admittedly tasty Virgin logo cupcakes we were treated to at the gate, the whole thing was a big letdown and, in my view, a marketing fail for Virgin. Passengers were given a $10 off promotional card upon boarding, but on reading the fine print, you of course had to open an account to benefit from it. The so-called inflight goodies included a dumb trivia game, where guessing right to questions about--guess what--Virgin's new credit card--got you a bag of potato chips, and I think a discounted flight, but the winnings weren't clear. Really? Passengers were systematically photographed while reviewing the credit card promotional video on their individual screens (a bit Big Brother if you ask me), and in other poses, with frantic looking marketing staff running up and down the aisles, as if their jobs were on the line if nobody signed up. And by the way, no photo permissions obtained. Did boarding the flight mean consenting to promotional photos...where did it say that?

Virgin, here's a few things you could have done differently:

Generally speaking, I prefer Virgin America to the other airlines and fly it when I can, and even complemented them on their marketing here 2 years ago. What I like is the variety of online entertainment, safety record, and OK, the purple interior lighting that's a welcome break from harsh fluorescents and makes me feel for at least a moment or two, like I'm not inside a plane. But let's face it--an airline that can put together a rockin' safety video like this one, should get its marketing act together on the credit card.

On my next flight, I'm ordering the protein meal and maybe a premium movie, but sorry, Virgin, I won't be paying with your credit card.