How to Live Up to Your Hype 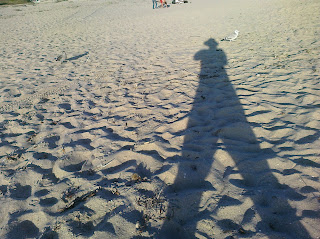 We all have moments when we're pleasantly surprised by people, just as we have moments when we're -- shall we say -- unpleasantly surprised, and maybe even downright disappointed. Recently, I had the experience of meeting an entrepreneur who was not only highly  "touted" by the person who introduced me, who I respected immensely, but who also seemed to  have a lot of external validation and awards.

When I looked at her website, she had received awards for entrepreneurship, and had been featured in all the top business  magazines. There were blurbs and sounds bytes and quotes all over the place about what a trailblazer she was.

When we met in person, she made it a point to follow me on Twitter right there and then, and I took her to be an action figure, and more.  I was even a little nervous chatting with her, as I wanted to make a good impression on someone so impressive, at least on paper. I was so excited about meeting her and being on her multiple lists, that I couldn't wait to get home and look up all her activities, web site, links, social media profiles, etc. I signed up for everything like I was at a holiday sale. And waited. And waited.

You know what happened? Nothing. Or rather, worse than nothing, I received a handful of emails in the space of over a month, that showed video of her saying how important her community was to her, only when I commented on her video ( as big an online presence as she was, she had a mere 3-4 commenters per post), I never received a comment back. Wasn't her community supposed to be...like...important to her? She just said so, right on her own video. How hard would it have been to post a comment back?

Other weird things happened. I direct messaged her on Twitter and never heard back anything. Then, she posted a series of promotions about other people's stuff, which I feel is OK some of the time, but this was over and over again, as if she were too busy to think of anything original herself.

I found myself starting to get mad. Not only because I felt she had misrepresented herself, but  because there are thousands of bloggers and online marketers and folks who have overcome obstacles (as she supposedly had), who were deserving. Of my time, and attention, and following and retweets and sign ups, and here I had wasted my time. No only that, how was it that she gotten all these accolades? Were they ever true? What had she accomplished, really?

So all that got me thinking...how would she have lived up to her hype? How could I live up to my own hype, if I reached online "celebrity status?" So I came up with a few tips here:

1. Appreciate your audience. In online terms, this often means recognizing their comments and commenting back. If you're going to have a blog, be responsible for it and understand  that it is a two-way communication. Anyone in marketing knows that.

2. Post original content. When I sign up for you, it means I want to hear from you. I know about Affiliate marketing and it's fine once in a while, but don't throw a bunch of marketing messages at me from people I didn't sign up for.

3. Respond to Direct Messages on Twitter, and anywhere else. Twitter is a busy platform, but don't make it worse by not bothering to respond to someone who has left you a direct message, especially if you met them in person! Are you really too  busy? Really?

4. Be consistent. Don't publish 3 posts in one week and then disappear for months on end. You'll be certain to have some explaining to do.

5. Be authentic and match your real life identity with your online one. If they don't match up, something's wrong. It's OK if you're not everyone's favorite person, but don't pretend to be -- be upfront about your personality, and people will take you for who you are.

These are some basic tips I thought of, but I'm sure there are more. Did any of  you have a similar experience recently? What did you do? Share your thoughts in the comments here...