The Gidget School of Great Communications 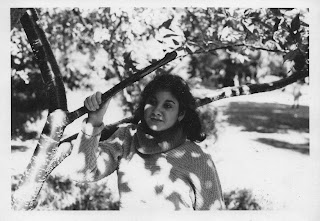 Courtesy of KOFY-TV and its Sunday night "retro" programming, I recently viewed the famous 1960's television show, Gidget. All of a sudden there she was in my livingroom, Sally Field in pre-Flying Nun status as the spunky and adorable 15 year-old, grooving it up in the California surf, wearing pigtails and pink bikinis that could be contemporary even now, and saying "cool" and "groovy" a lot.  Cue the cheesy intro song and the beach parties, the chocolate sundaes and the plaid skirts.

Would it be too weird to say I had a cathartic moment watching "Gidget?" In the three episodes I watched, here was Gidget impressing the heck out of me...and why? Gidget had great communications skills! In this age of online communications when so much attention is paid to our cyber selves, we can easily forget that who we are in real-time counts. So, here's a few lessons from the Gidget School of Great Communications, lest we forget...

1. Diplomatically Emphatic:
In one episode, Gidget  protects the owner of the local diner/hangout who's threatened with being closed down,  and  ends up challenging her dad, who is representing the other side. In scene after scene, she skillfully stands up to her father, emphasizing the importance of values and tradition, and even getting him to visit the diner first-hand, so he can see how great the owner is and how he has affected so many lives. (He have kids jobs so they could pay their way through school.) In one dramatic scene, as dad tries to get her to abandon her cause, she stands up on her bed and launches into a monologue about freedom and rights, worthy of any Shakespearean actor.  (And a great foreshadowing of Norma Rae?) Even the cast of "Glee" isn't going to rally the troups like Gidget. In the end, they make peace and she makes a classy apology for maybe being a bit over the top, but it's all fine, of course. Who could be mad at Gidget?

2. Brilliantly Effective Repetition:
In another episode, Gidget is whisked away unexpectedly to Pasadena to accompany her best friend in purchasing her first new car, with a brilliant Paul Lynde as the girl's father and at the wheel. This being pre-cell phone days, Gidget has no way to reach her father, and insists that they stop at phone booths along the highway so she can tell him she's OK.  She repeats to her friend's family that she and her father have an understanding, and nothing can break it. Realizing that people sometimes need to hear things more than once, she repeats at least a dozen times during the episode that she must call her father, and each time instead of coming off as pesky or even overobedient, you just say to yourself, "good for her, she gets it." Pretty impressive.

3. Excellent Strategist:
Gidget falls for what she thinks is a free spirited surfer-dude, and dreams of having a bohemian life with him. She learns when he comes over to dinner that he's actually a lot more conventional then he lets on, and is not in fact planning a freewheeling hippie lifestyle. Disappointed that he misrepresented himself, she plays at his own game, changes into a "serious" dress, and shakes him up by talking about joining him in his suburban life. Freaked out, he runs out the door, and she and her dad see his true colors.

4. Super Organized and Detail Oriented:
In the course of three episodes, Gidget organizes a fundraiser and a team of volunteers, makes dinner and snacks for dad, learns how to surf, and does all her homework...amazing!

5. Establishes Eye Contact and Audience Connection:
I was struck by how at several intervals, Gidget actually looks at and talks to the camera, in an unusual and definitely avant guarde approach (pre-Annie Hall) to recognizing and speaking to her audience. According to one source:


In the pilot, Gidget (Field) stands on the beach wearing a two-piece swimsuit and holding a surf-board as she tells the audience, "You see before you, me, Gidget. For 15 and a half years my life was a complete and total ick. But then on the 23rd of June, two things happened. I fell in love . . . with two things: Jeff, my "Moondoggie," and surfing."

If Gidget had been on YouTube, she's have been a viral video star, and not because it was the cool thing to do.

6. Develops Her Own Lexicon:
They say you know a great singer because you can tell their voice apart from a thousand other voices. Well, you can always tell when it's Gidget talking. Cool. Ick.

It's no surprise that Sally Field would go on to impassioned roles such as Norma Rae, and even her current role as the somewhat crazed matriarch in "Brothers and Sisters"  often calls for her to rally her family together, administering weekly "reality checks." She is just learning how to text message, and serves as the backbone of so many disparate souls - her children. But for me, she'll always be Gidget, making impassioned speeches, looking for a phone booth on the freeway, and learning about life through surf, sand, and sun. Groovy.

What say you? Are you a GIdget fan? Please comment...and feel free to note whether you think I do look like Sally Field or not, since it's been such a big topic all these years in my life.