Series: Are We Overcommunicating Online? Part 2 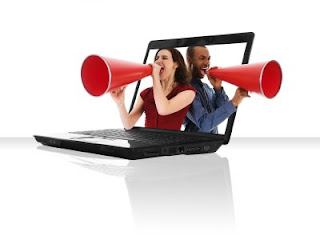 In my last blog post, I wrote about the apology from the marketer who had made a big fuss about the use of "tweet" vs "twitter." In my next scenario, I'm going to highlight an area that is definitely somewhat subjective, as it concerns how personal we are in our communications. While certainly this is up to us as publishers, I have to say the 9 times out of 10, when I read personal explanations of why someone didn't do something, or what is going on in the lives of business owners I have never met or worked with, no matter how much I like their work, I just don't want to hear about it, and find myself engaged in "cyberwincing" when I do. (This is a wince that no one else is seeing, just to be clear.) Just as in a real life party when someone goes on about their personal trials and tribulations, it just doesn't fly. So in light of this, here we go with...

Scenario #2: Here's Everything That's Going on With Me:
Recently, I subscribed to several new e-newsletters by vendors in niche areas that interested me. In the case of one newsletter, the first issue I received included a very long editor's letter that described the publisher's latest life challenges, including having to relocate to a new home, update her web site, and deal with her husband's illness, all at once. I felt bad for her, I really did. But she was taking a gamble that her audience wanted to hear about all this, and she was taking a gamble also we still had confidence that she was focused on us and her business, and not personal matters. When the publisher has too much on their minds, I think it holds true that we will too. I appreciate that we all have life challenges, but in terms of online communications, I prefer to keep them relevant to business matters. I know that the importance of the human factor is a distinct part of Web 2.0, but it can go too far. Furthermore, if the publisher then decides to omit the information they included last time, the reader is distracted. Forget her business...did she find a new house? Is her husband OK? Maybe we don't want to sign up for her products because she might be called away.

In a similar scenario, I also received an e-mail blast explaining that a webinar had to be cancelled because the organizer had not seen her children due to a recent business trip, and they had demanded upon her return home a session of storytelling. This was touching, but more then I needed to know, and sets a bad precedent. I now have the expectation that similar communications from this publisher will pop up in the future. A simple e-mail stating that the webinar had to be postponed and was being rescheduled, would have sufficed.

And this isn't only limited to e-news and e-blasts. I recently received an e-mail from a vendor I was completing a project with, who indicated that she had not heard from me that week, when in fact I had called her twice, leaving me to wonder why I had not heard back from her. Her explanation was that she had been whisked away to a resort location where she had no cell phone service. Whisked away? Against her will? How many strange images did this conjure up? When we have a business, we have a responsibility to communicate properly at the established times, and if we can't, a simple: "I was out of town on business," would have sufficed.

Do you find yourself "listening" online, to more then you signed up for? Are you cyberwincing? Comment here and let me know.