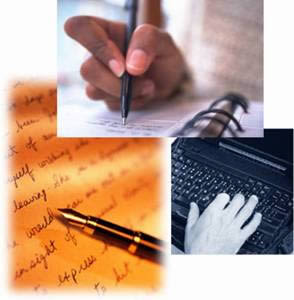 I'm wrapping up the 3rd installment of my Don't Make These Marketing Mistakes series, with exciting article #3, "Don't Expect Me to Know How to Punctuate." You may think I'm being a little hard on folks, but I have to say that in the last few months, I have seen more punctuation errors by leading marketers, as well as businesses just getting launched, then I ever have in my professional life, and guess what? It looks bad.

Why? Because when you don't know how to punctuate, it makes you look - well, not as bright as we know you are. And that doesn't help your business or your online branding. Even worse, I am seeing people basically apologize for it up front, as if to say, I know I can't write or spell, but you'll forgive me right? Wrong.

The truth is that even if your business has nothing to do with writing in an obvious way, every business has to communicate, and in these days of competitive online marketing where you have to Twitter, blog, and jump through social networking hoops to get noticed, you don't want to be noticed for the wrong thing, as this can be just as bad as not being noticed at all.

From a marketing standpoint, I am very hesitant to purchase from a blogger or internet marketer whose copy has errors, because it simply makes me not trust them. Also, what is the point in apologizing for this? If you are weak in grammar, spelling, and punctuation, study up and practice improving through exercises, or, hire a writer or consultant to review your copy and make sure everything is correct.

So, here is my gift to readers today, a list of commonly misspelled words as well as words we frequently confuse.

A memory-help for affect and effect is is RAVEN: Remember, Affect is a Verb and Effect is a Noun.

Two, twelve, and between are all words related to the number 2, and all contain the letters tw.
Too can mean also or can be an intensifier, and you might say that it contains an extra o ("one too many")

One Word or Two?

Note: There are similar distinctions in meaning for everyone and every one

Additional Resources
The Elements of Style, William Strunk Jr. and E.B. White
First published in 1918 by Strunk, a professor at Cornell University, it was known as “the little book” on campus. Updated in 1957 by E.B. White, the great writer and columnist for The New Yorker, this timeless, 105-page guide should be read and referred to by anyone who writes.