The Success of Failure 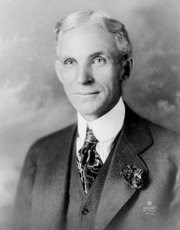 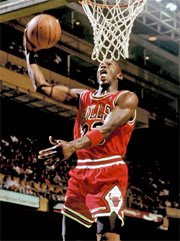 I read with interest a feature article in the October issue of Ode magazine
entitled, "In Praise of Failure," which highlights that "some of history's most impressive successes started out as big, fat failures."

J.K. Rowling, in a June 5th commencement address at Harvard, stated, "I was jobless, a lone parent, and as poor as it is possible to be in modern Britain without being homeless." But it was during this trying time she was able to reach for her goal of writing fiction, because in her mind, she had nothing left to lose. As we all know, she went on to sell nearly 400 million copies of her books, and her fortune is estimated at $1.1 billion.

Henry Ford, who went bankrupt multiple times before getting Ford off the ground, is quoted as stating:" Failure is simply the opportunity to begin again, this time more intelligently." Michael Jordon, often described as the greatest basketball player of all time, was cut from his high school team the first time he tried out, and has reportedly missed over 9,000 shots in his career.

The article cites numerous "happy accidents," in recent and past history, including failuremag.com, started by Jason Zasky, who saw an opportunity to start a lucrative new magazine when his previous job ended; Goodyear tires, whose magic ingredients that withstood high temperatures were discovered by Charles Goodyear by accident; and the architect for the Tower of Pisa, Pisano, who mistakenly failed to account for the unstable terrain below, and as a result attracts hordes of visitors each year because of its unique design.

After I read the article, I started thinking about events in my life I might have called failures, that upon further reflection, might be now considered blessings. For example, I have always regretted this awful night at college when, as granola maker, I neglected to grease the pans, and ended up staying up all night scraping burnt granola from pans into bins. If I had only remembered to grease the pans, I could have gone to bed earlier, gotten more done, studied for a test I had the next day. As it turned out, no one even noticed that the granola was burned, I ended up doing OK on the test anyway, and I found out who my friends were, as several people got wind of what had happened and came over to help out.

I also have regretted twisting my ankle on a high curb in the middle of midtown in New York City, nearly 8 years ago. Because of this incident, I had to give up running for nearly two years. However, it was how I got started doing yoga, which did wonderful things for my spirit as well as my body, and strangely enough didn't bother my ankle at all.

Are there any happy accidents in your life? Are there so-called failures you have had that you now call successes?