"Exposed" Reveals More about Us than Emily Gould 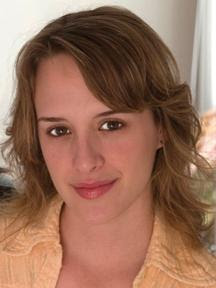 Magazine, "Exposed," in which she wrote about the trials and tribulations of having been a high pressure blogger on gauwker. She was not only a "high pressure" blogger, but she chose to also reveal intimate details of her life on her own personal blog read by thousands, discussing fights with boyfriends, bodily functions and dysfunctions, and the price she paid for making the private --public--and then further publicizing it all in a New York Times article! People (aka men), were speaking to her and then not speaking to her. She had a job and then lost her job. She made an apparent fool of herself on "Larry King." She insisted throughout, that not only writing, but writing about the intimate details of who she was, was part of who she was, and could not be changed. And yet for all her apparent suffering, as I reader I have to say that Emily Gould does not seem to be suffering enough for her "art," although she may think she is. It is a sign of youth and inexperience to think that one will never surmount life's temporary hurdles. But we do. No doubt she will get a new boyfriend, and she will write about sleeping with him. She will get an infection and probably write about that, too. She will get a new job, or write a book based on her blog, and probably blog about that too. Why? Because it is "easy" material, as some call it, and because it is making her famous, and has society has proven that if one is going to be depressed and miserable in this world, even at 24, or maybe especially at 24, they should at least get some fame and fortune for it all. Not only that, but we are feeding into the Emily Gould model. We love people who are miserable and talk about it afterwards. We also love to be voyeurs. Through blogging, the writer can become a celebrity, and the watcher becomes the watched.

I have no doubt that if I started writing about some of the more intimate details of my life, it would increase my blog readership by at least 50%. But I don't plan on doing this, and the reason is that it is not who I am. Moreover, I don't believe that blogging should be about writing about people who don't want to be written about, and confessing intimate details that should only be shared with those one is intimate with --- not thousands of strangers in cyberspace.

I don't think anyone really knows what to make of Emily Gould - whether to feel jealous of her, sorry for her, think she's either incredibly smart or stupid, self absorbed, conflicted, or narcissistic. I don't even think Emily Gould knows how she feels about Emily Gould. But the truth is, you can't have it both ways in life. You can't make a decision to publicize your personal life, and then hope that readers feel sorry for you when you wax nostalgic and write, as she did in her opening line: Back in 2006, when I was 24, my life was cozy and safe.

I predict the tables will turn on the Emily Goulds of the world in due time. Already they have to some degree, with Gould's admission that she is now requiring users to have a password to read her blog. But is that to "privatize" her writings, or to just make her even more intriguing to readers? What was that saying again....who would want to join a club that includes everyone as a member?