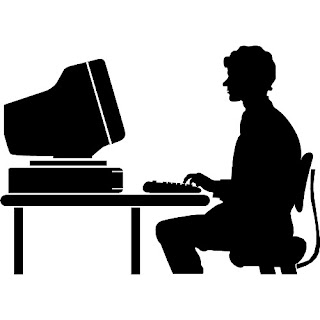 A few years ago, I attended the Writer's At Work conference in Park City, Utah, an excellent and comprehensive week-long series of workshops for writers of all kinds. During one of the workshops I attended, the teacher began by reading out loud a painstakingly detailed story, told in first person, of having been stranded in a snowstorm, looking for help in an abandoned house, and a series of interwoven events that transpired after that. The story was gripping, I remember. You could hear a nail drop- we all hung on every word. I imagined the writer - the teacher at the front of the room, living every nuance of the story as it unfolded...fighting the cold, knocking at the stranger's door. I tasted the food she ate, the tea she drank. Felt relief that she had found shelter, intrigue at the stranger she met up with. At the story's end, a collective sigh was released as the teacher took off her glasses, put her manuscript down, and looked around the room. You could feel an onslaught of questions from the class about to blossom: "how did you?...when did this?...are you still?....Before any of us could say anything, the teacher calmly and matter of factly stated: "Well, I don't have to tell you...none of this happened." There was instant shock as we absorbed this new development. This teacher and that snowstorm? Didn't happen. Maybe another storm, or maybe she was really out shopping at the time, or feeding her cat, or talking to an old friend on the phone.

Then after a moment, it seemed obvious. The title of the workshop was fiction writing, not memoir writing. Fiction is fiction by nature, and therefore, not true! But the writer's voice was so convincing, we all took it to be true. The teacher then gave us an exercise where we were to write a first person account of something that didn't happen. A few minutes later, a surge of creativity led to accounts of storms, accidents, fights, reconciliations, breadbaking, lovemaking, grocery shopping, trips, suicides, murders, illnesses, recoveries, coincidences, reunions, and descriptions of everything from trips to Nepal to late night cable tv.

The lesson of fiction - it is the writer's job to make it seem true, for the length of time the reader is with us on our journey. Conversely, it is the lesson of nonfiction, or memoir writing, that the accounts described are true. That is the point. It seems to me that with the recent deluge of memoir writers accused or admitting to making up their stories --Love and Consequences, Margaret Jones - JT Leroy's Sarah - not to mention the James Frey debaucle - the choice is obvious: write them as fiction, and you don't have to worry about true confessions later. The truth will always come back to haunt you, and reality will bite - it won't be pleasant. That's my advice to the spinners of tales that aren't true. Use your imagination - that's what we learned in school.

Making the case that there is something wrong with publishing today that causes intelligent, talented people to make fools of themselves and turn themselves into literary casualties, doesn't hold water. There are many successful fiction books out there that don't pretend to be memoirs.

Now I'm going back to writing the story about a plan crash that, thankfully, I was not in.

What a great post. I always laugh at myself when I read a fiction book and find myself crying. I always think "wow that author has done an excellent job"