Native to These Parts 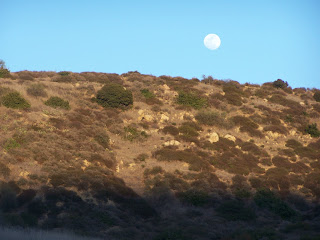 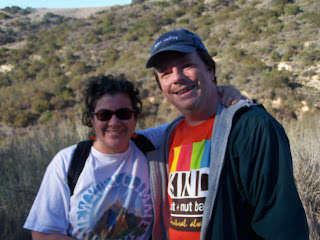 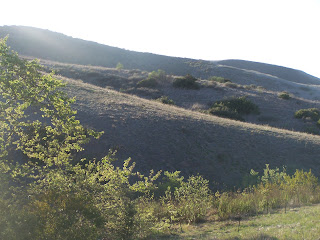 On Sunday, we took our first official hike in Irvine, a wonderful trek through the hills of Bommer Canyon, near the University area and the southern part of Irvine. Aside from a few scary preliminary warnings by our guide, that we might need to be on the lookout for diamondback rattlesnakes, tarantulas, and other potential hazards, (yipes!) we were pleased to report that the only encounters we had were with a rather benign flock of quails, several turkey vultures circling the air, and a pair of cayotes (see last photo) which were also apparently a safe enough distance away. While the dryness of the season meant that there were fewer flowers to be seen along the hillsides, and several of the creeks and other water sources had dried up, the beauty of the landscape was undeniable. While the terrain was mostly flat, there were several fairly long inclines which left us out of breath for a brief time, and much to our surpised, we polished off all 4 bottles of water we had taken along. There was a soft and glowing light as the sunset descended on the area, and a surreal moon began to rise over the mountains. We will indeed be returning to this special place, where they also have night hikes and moonlight bicycle rides.
Notes of interest:
*The Irvine Ranch Land Reserve comprises over half of the 93,000 acre Irvine Ranch, and is about 50,000 acres.
*Five of the most popular trails led by the trail leaders, or docents, are: Weir Canyon, Fremont Canyon, Limestone Canyon Wilderness area, Bommer Canyon, and the Laguna Coast Wilderness Park.
* For hundreds of years, Bommer Canyon was home to the Juaneno and Gabrielino Indians, and from the late 1800s through the early 1970s was a cattle camp where cowboys rounded up their herds.
*Useful items to bring along on the hike are: camera, sunglasses, hat, water, snacks, hiking shoes, and dress in layers.

I've always been fond of the area in which you're now living. Rattlesnakes and scorpions are not my faves, but never saw either close enough to cause fear. I remember in the 70's when tarantulas crossed the road in huge numbers. Occasional, I'd spot one on the road. They, too, are unmistakable.