The Return of the Swallows...Waiting for the Unexplained 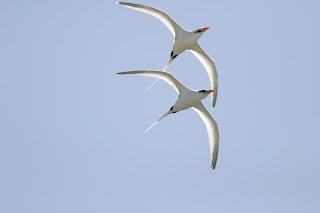 We had heard the story, and had to see it for ourselves...the return of the swallows each year to the Mission at San Juan Capistrano, marking the beginning of spring and the cycle of the seasons. The Mission itself was compelling, with its colorful history, the amazing Juaneno Indians, the preservation of so many of the original buildings. But the swallow story really makes it living history. The swallows apparently leave Goya, Argentina,in February, in successive flight, arriving in Capistrano in March — an incredible journey of 7,500 miles in 30 days! They move west through the valleys of the Andes, then north across the equator. At that point, they have to move to higher altitudes to catch air currents flowing northward. The swallows do not cross the Andes, but continue through the Gulf of Mexico along Central America to the Yucatan Peninsula, where they turn west to the Pacific, flying over Baja California until they get to San Juan Capistrano. They apparently leave again in October, marking the beginning of winter.

According to legend, the birds first took refuge at the Mission when an irate innkeeper began destroying their mud nests. Father O'Sullivan, who presided over the Mission for two decades starting in 1910, offered them the Mission as a nesting place, and from this point on, the birds nested beneath the Mission's eaves and archways. On March 13, 1939 a popular radio program was broadcast live from the Mission grounds, announcing the swallows' return. Composer Leon René was so inspired by the event that he penned the song "When the Swallows Come Back to Capistrano" in tribute.

We did not see the swallows yet, but we are waiting for them. It is a strange feeling, like watching the phases of the moon, or the way the gravity affects the ocean waves. These days, we are always waiting for what is for the most part explainable...for the computer to boot up, or the light to change,or the traffic to clear. Waiting for the cold weather to turn warm, the warm weather to turn cold, the line to move, for dinner to be ready. So it's not surprising that we welcome a little mystery once in a while. I have this vision of the swallows travelling across the sky, their wings, from a distance, like tiny hands, opening and closing, trying to say something in another language we haven't yet learned. But then again, maybe we don't have to.